Reddit put together what was ostensibly an April Fools' joke that allowed users to "place" one pixel at a time on a large canvas. It turned out to be a really awesome social art project; groups needed to collaborate to get anything done because there was a long delay between opportunities to place pixels.

Update 2: I wrote a technical description of how I built Place Matrix.

Because I'm not a big Redditor, my friend Andrew showed this to me, I think after a post on Twitter. We had a great discussion about the emergent behaviors that occurred with such a simple system on Saturday night, and talked about how such constraints can make things a lot of fun. I had just finished building my p11-matrix project from Boldport Club, and had connected it to the web with an API that only allowed toggling a single pixel.

So the next day I woke up and realized I had to port Place over to meatspace and started hacking. Thanks Andrew for helping incubate the idea. I'm not a web programmer, but my Python skills aren't too bad so I found a tutorial on Medium and started setting up AWS Elastic Beanstalk. One full Sunday of programming (followed by 3 back-to-back late night debugging sessions…) and it works. Lots of thanks to my friend Charlie for help and support through these manic last couple of days, and to the Saar for making Boldport Club and inspring projects.

Check it out at Place Matrix. 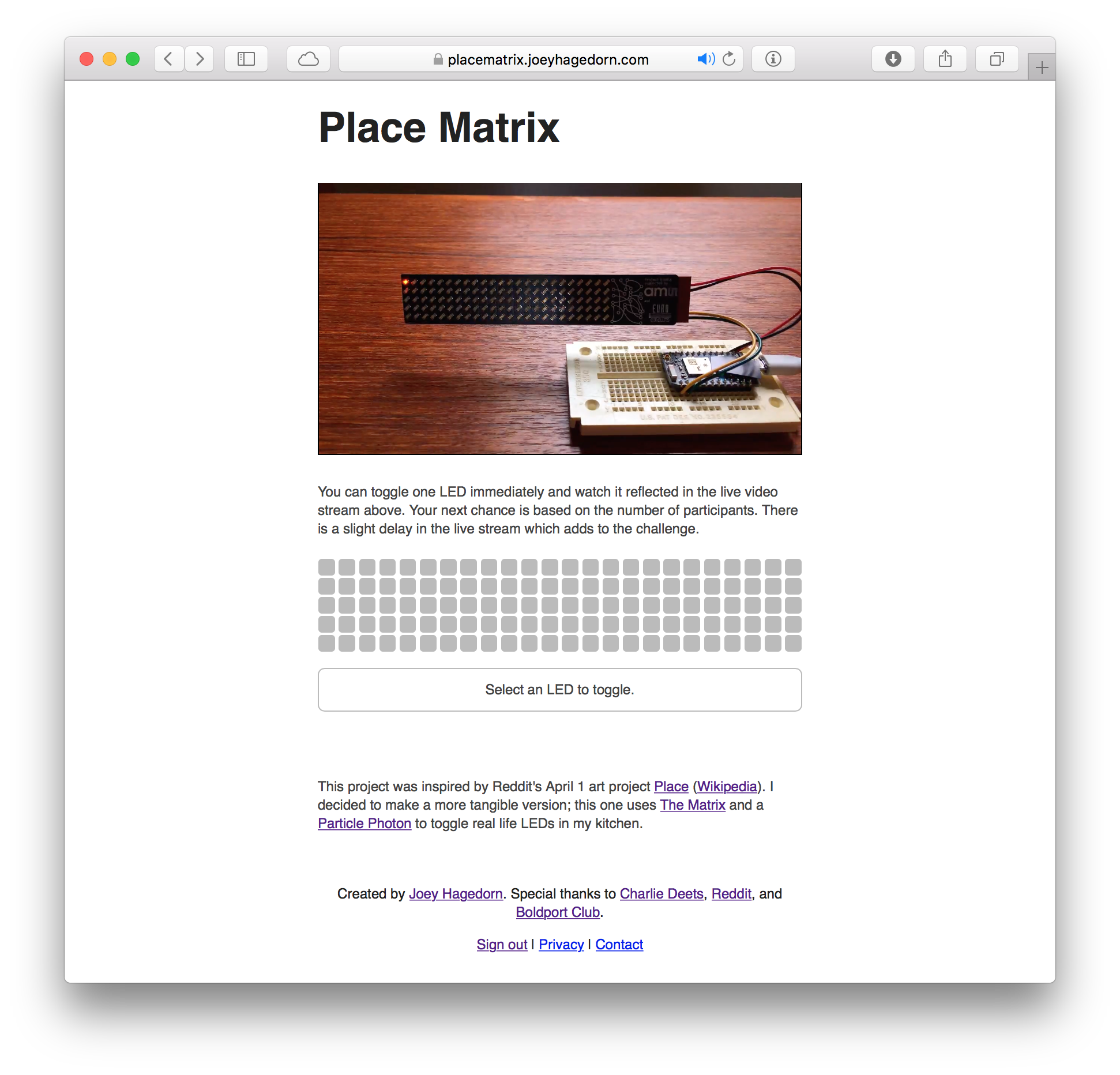